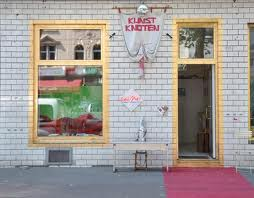 Atelier Kunstknoten, a relative young and small art-centre based in the quarter Neu Ehrenfeld, of the city Cologne. Founded in the year 2008, run by Susanne Katherina Opheys and Sanmitra Felix. Both of them being energetic artist ,both of them relaxed and fun people to be with. Typical for the city of Cologne and its in'habitants: energetic and fun to be with.

Cologne, being one of the largest and oldest German citíes has a lot to offer. Founded by the Romans in 50 bc as Colonia Claudia Ara Agrippinensium, being the military headquarter and capital city of the Germania Inferior province. In the Middle Ages flourishing as one of the major trade routes and being one of the leading Hanseatic Leage cities. Still being one of the major cities during WW2, Cologne became one of the most heavily bombed cities. Allmost the entire city destroyed by 262 air raides and 95% of its population with it. Only one major building being saved miraculous enough, the Cologne cathedral. 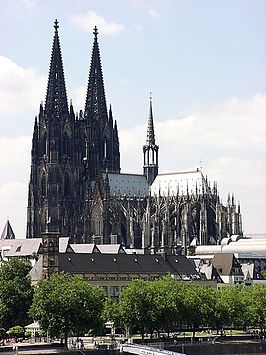 The Cologne cathedral, st Peter and Maria, better known as : der Dom, being a marvel of architecture. Leading the construction,architect Peter von Rile, started 15 August 1248 and finished quickly some 632 years later! The French Gothic Cathedral is one of the largest cathedrals of Northern Europe and still is one of the biggest tourist attractions of the city and Germany. Together with some 30 museums, hundreds of galleries and the Art Cologne., ranging from local ancient Roman archeological sites to contemporary art, Cologne has a vibrant art scene. Part of this scene is Atelier Kunstknoten.

Visiting Atelier Kunstknoten, at the Ehrenfeldgürtel 157A, is one of the rare opportu'neties to visit a place thats changing the neighbourhoud. Neu Ehrenfeld being a migrant quarter turning into a flourishing part of the city because of artist moving in and taking action. Susanne Katherina Opheys and Sanmitra Felix allways being present and having an open door to their neighbourhoud. 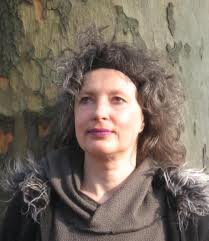 Susanne Katherina Opheys, being one of the few German artist to enjoy the Art Academy of Llotja in Barcelona, the same academy Picasso went to. Also studying at the Artschool of Massana Barcelona and the Leonardo da Vinci Artshool, Barcelona. Painting and graphics being her main artistic activities. Exhibiting in the Lindenthaler Kunsthalle, SK Galerie in Museum Baden Solingen, Galerie Canaletas Figueras in Spain ... . Receiving the Duurzaam Art-award in Maastricht 2011 in the Netherlands. Being active not only in Cologne but also in Bonn, Gemany. Exhibiting in Calcutta, India and cooparating with artist in Hamburg, Germany. A list that goes on and on, giving proof of an artistic energy which 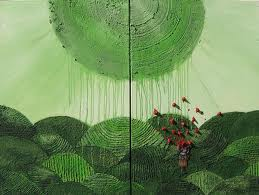 is to be seen, found and tasted in her artwork. 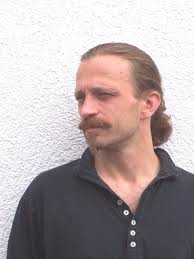 bling over a poetry-album,showing two children- boy or girl ? - became an inspiration for a series of paintings. Primary idea being to show a perfect childrens-world started to change into paintings presenting a world of fear and happyness at the same time. The spectator thus being able to incorporate his own personal feelings into the artwork.

Being able to dive into an artwork is what art makes art. Visiting Atelier Kunstknoten is well worth your time. Twice a year they take part in the Open Ateliers. Next one being the Ehrenfelder Kunstroute. Meeting two open minded artist and seeing their artwork in their studio and artshop is one of the things to do whlie being in Cologne! 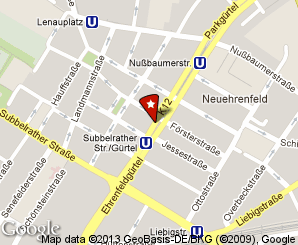